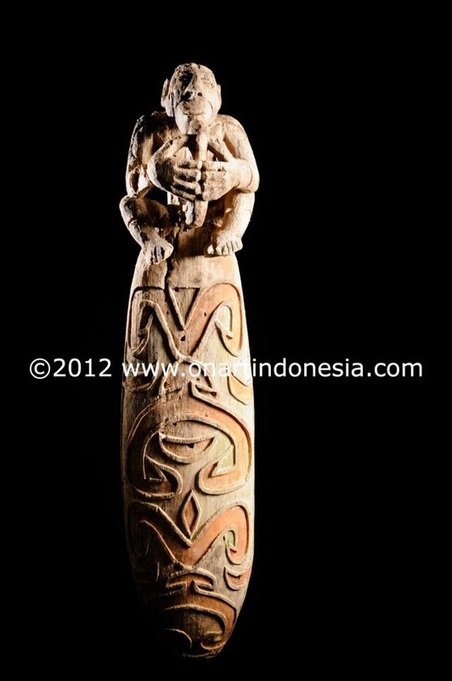 This shield from Irian Jaya was not only used as a defensive weapon, but also used in Funeral Ceremonies.

Carved of wood from the Mangroves, the human motif represents protective ancestors, mother, father, and grandparents.

The shield also acts as a container for the ancestral spirits returning to the material world.

The wooden projection carved on the shape of a humans head could serve also as a place of residence of the bearers own soul.