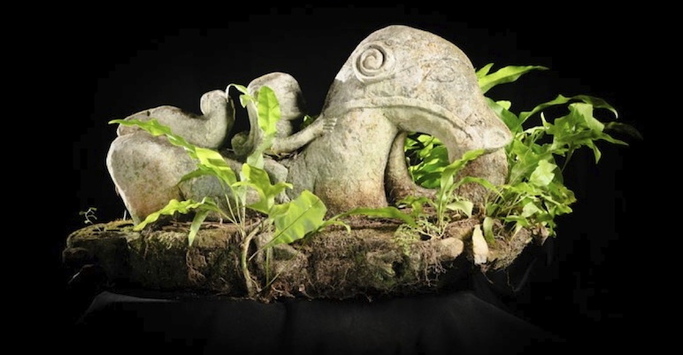 The Batak region is in Northern Sumatra, Lake Toba area, consist of six ethnic groups, with their own languages; Karo, Pakpak, Toba, Angkola, Mandailing, and Simalungung.
Batak meaning “pig eater" and originally was given by the Muslims, the Batak people adopted theis name as an honorary title.

The whole Batak community considers “Samosir” the Island in Lake Toba, to be their Ancestral home land.
They believe a balance exists between the living world, and the spiritual world of the dead, this is essential to their way of life, and if disrupted, death and destruction results.

Harmony between man and the Ancestor is necessary for the well being, and the Ancestor must have living descendants to continue to feed them, worship them, and eventually elevate them to the status of natures spirit; known as Sombaon.

In turn, the living must have ancestor to guide them and protect them.

The Batak people accept life based on reciprocity and they know that the Ancestors have the ability to devastate man who does not follow customary traditional laws.
The Batak people
create superb stone effigies [mejan] to venerate the noble dead, and assist the transformation of their souls into benevolent ancestor spirits.

Male and female sculptures are placed side by side beneath the village banyan tree, where offerings are made to spirits of nature.

The Pakpak Batak developed a tradition of cremation hundreds of years ago and the ancestors’ remains are placed in urns alongside their effigies.

This sculptures depicts a great village chief, possibly also a village priest, riding a singa lion-serpent, a mighty underworld creature, on his journey to the afterlife.