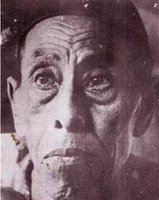 I Nyoman Tjokot (1886-1971) Born in a village not far from Ubud Bali called Tegalalang. Tjokot a renowned sculptor within the artistic and cultural circles of Bali and Indonesia, never received any formal art training sculptured his heart out. His wood sculptures have been called exotic, demonstrating a powerful, refined style, and containing high spiritual values.

He has often been classified as being an eccentric or even mad, living alone on the edge of a cliff far from anyone. He was a workaholic and refusing to cut tress for his sculptures, would collect pieces of wood by the riversides, or pick up abandoned lumps of wood by the way.

His inspirations would come through Meditation and encounters with spiritual beings, receiving inspiration from the God’s; this is why his works are rare, creating sometimes only one piece a year.

His magical expressiveness came from the ancient Balinese myths of beasts and demons, and he would never outline or draw on the wood before carving. Biased on his imagination and instinct, he would sculpture away his days, adapting to the original form of the medium. Almost ignored in his own country, in 1960’s Tjokot was classified as a Maestro overseas, and in 1969, I Nyoman Tjokot was awarded the Wijaya Kusuma prize by the Indonesian Government.

Along with a certificate and a medal, he was also given a prize of Rp 100.000. His works are owned by local and international Museums: Musium Puri Lukisan, Ubud Bali; Denpasar Museum, Bali; Museum Istana Negara, Jakarta; Rijksmuseum voor Volkenkunde, Leiden; Tropen Museum, Amsterdam; Marlon Brando bought several pieces while visiting Bali, also there are privet collectors from the USA, Australia, and the Netherlands and in Indonesia. Today, 40 years after he passed away, the world still acknowledges Tjokot for his primitive expressionist style. 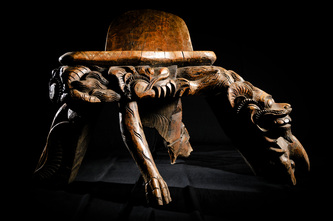 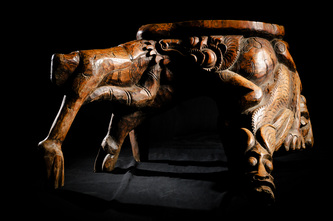 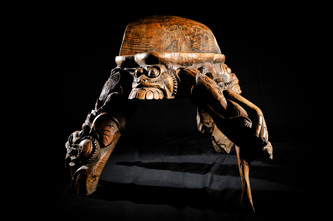 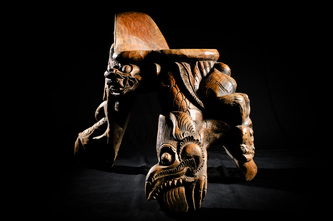 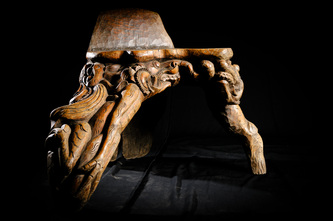 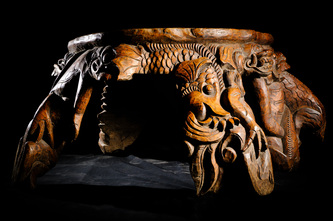